As we can see in the H4 chart, after finishing the correctional uptrend at 50.0% fibo, XAUUSD has formed the descending impulse to test the low at 1848.67. One should also note that after completing the descending impulse, the price is correcting within the sideways channel, thus implying further decline after a breakout of the low. The next downside targets may be 38.2% and 50.0% fibo at 1836.50 and 1736.40 respectively. 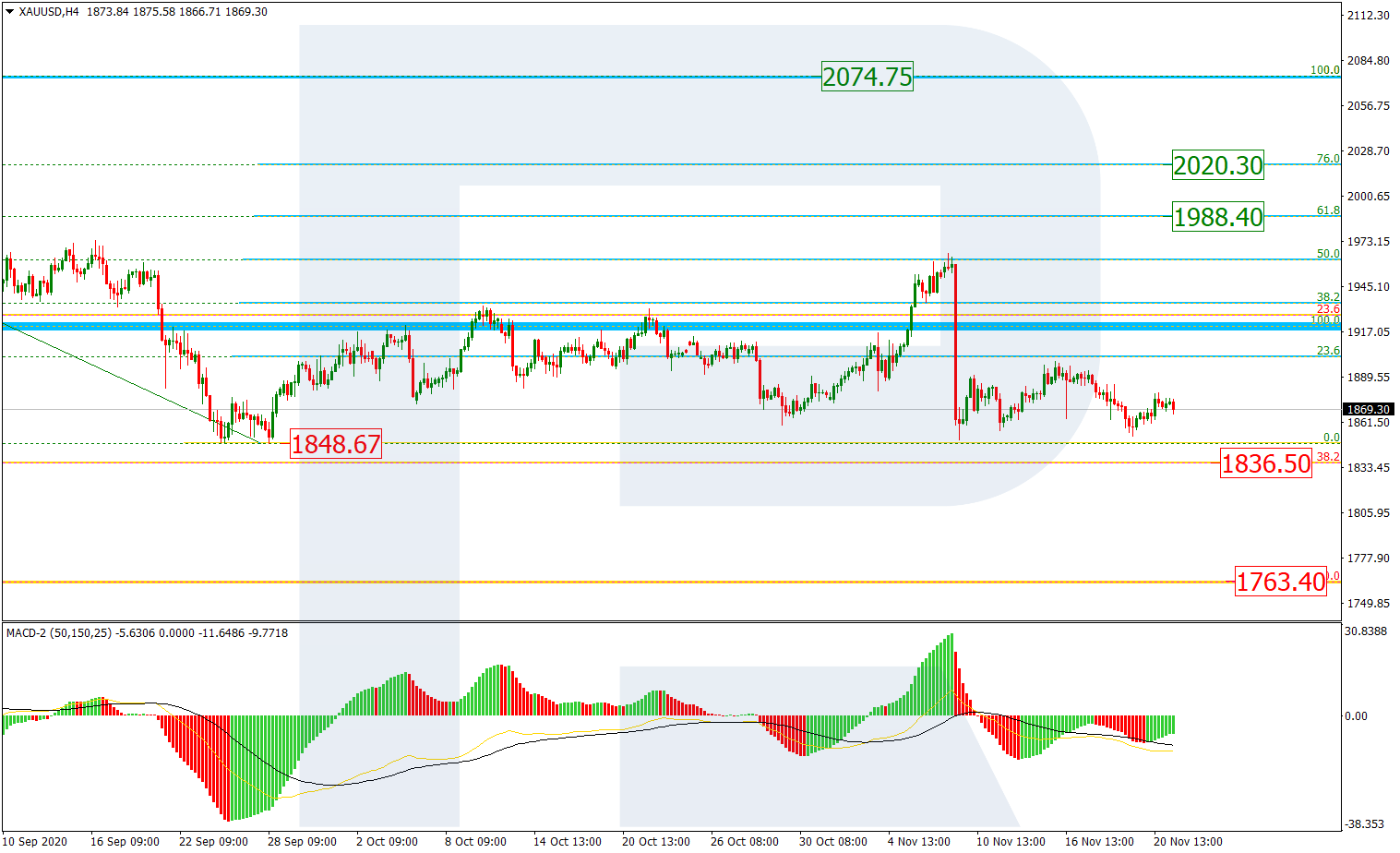 The H1 chart shows a more detailed structure of the current correction after the descending impulse, which has reached 38.2% fibo. However, the current descending wave is trying to re-test the local low at 1850.43. Possibly, the asset may yet from another rising wave towards 50.0% and 61.8% fibo at 1907.93 and 1921.49 respectively but a breakout of the low remains a more probable scenario. 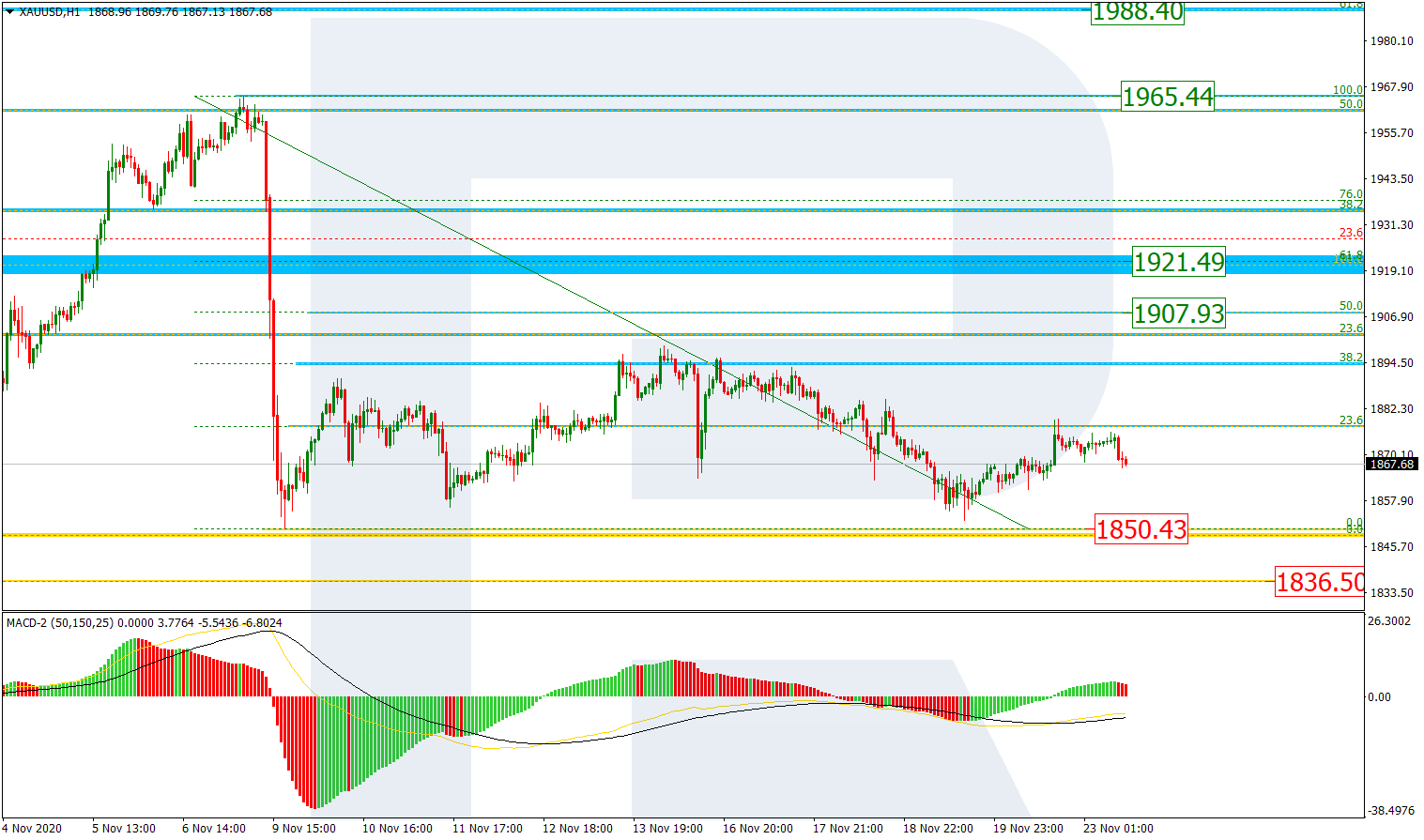 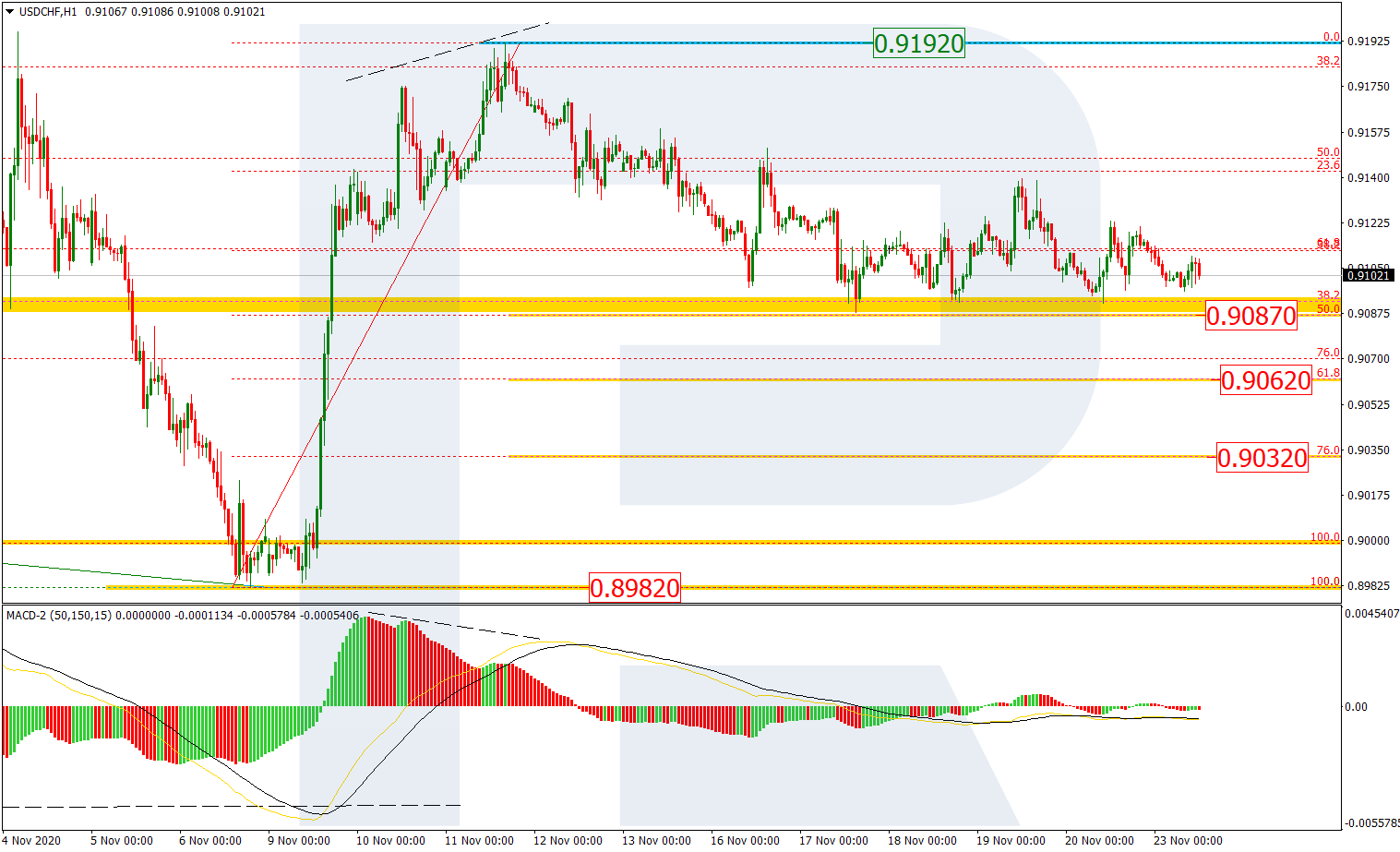