As we can see in the H4 chart, the descending tendency continues. Right now, after forming several reversal patterns, such as Harami, close to the support level, EURUSD may reverse and start a new correction. In this case, the correctional target may be at 1.2100. After that, the pair may rebound from the resistance level and resume trading downwards to reach the channel’s downside border. However, an alternative scenario implies that the price may fall to reach 1.1950 without testing 1.2100. 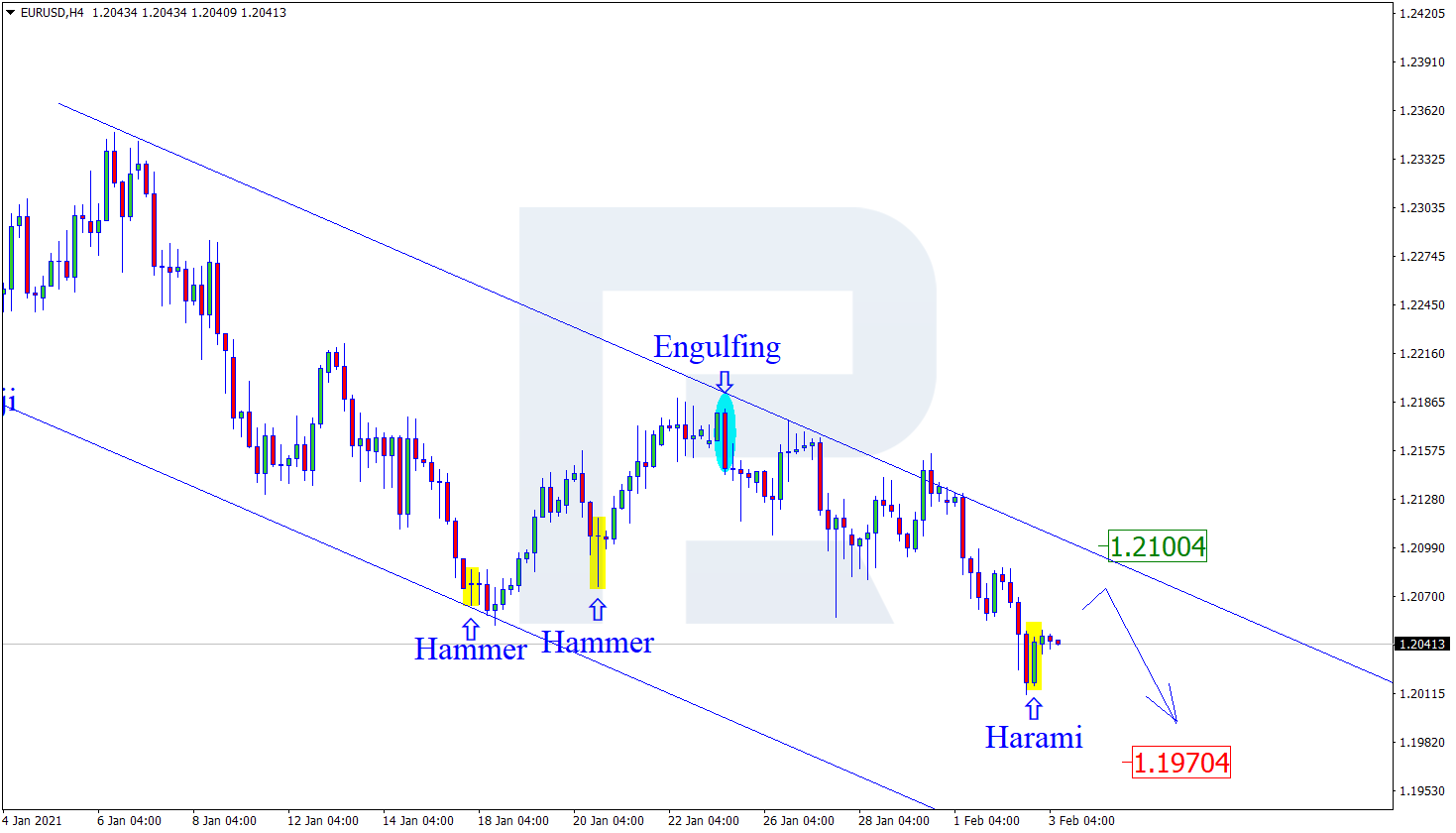 As we can see in the H4 chart, after rebounding from the channel’s downside border, USDJPY has formed several reversal patterns, such as Shooting Star, not far from the resistance area. Judging by the previous movement, one may assume that the asset may reverse in the form of a slight pullback and then resume trading upwards. In this case, the upside target is the resistance area at 105.45. After completing another correction, the price may resume the ascending dynamics. At the same time, an opposite scenario implies that the price may continue its decline to return to 104.50 before resuming its ascending movement. 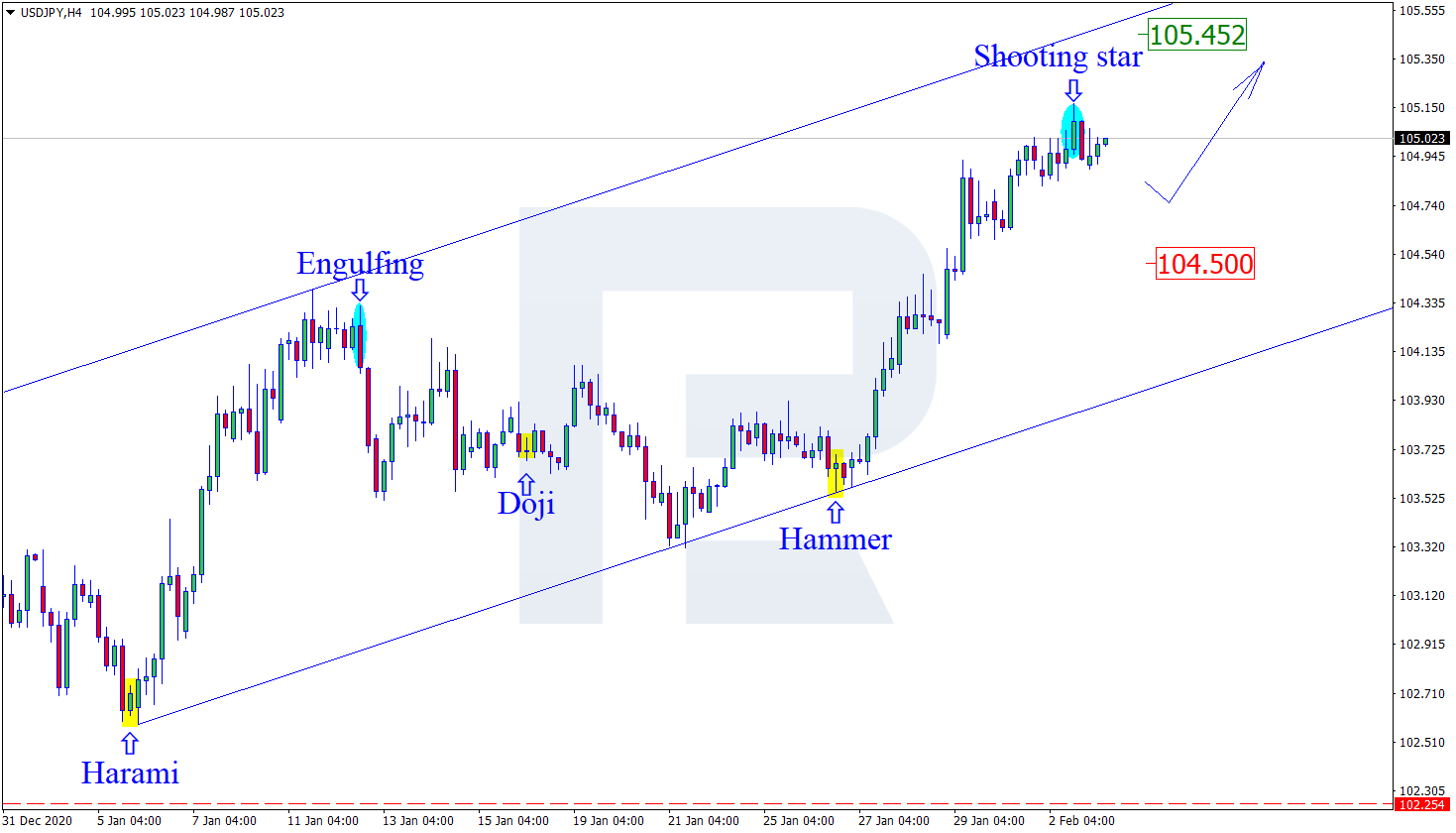 As we can see in the H4 chart, after forming several reversal patterns, such as Hammer, not far from the support level, EURGBP is reversing and may start another pullback. In this case, the correctional target may be the resistance area at 0.8900. However, judging by previous movements, the pair may yet continue its decline to reach 0.8770 without reversing and correcting. 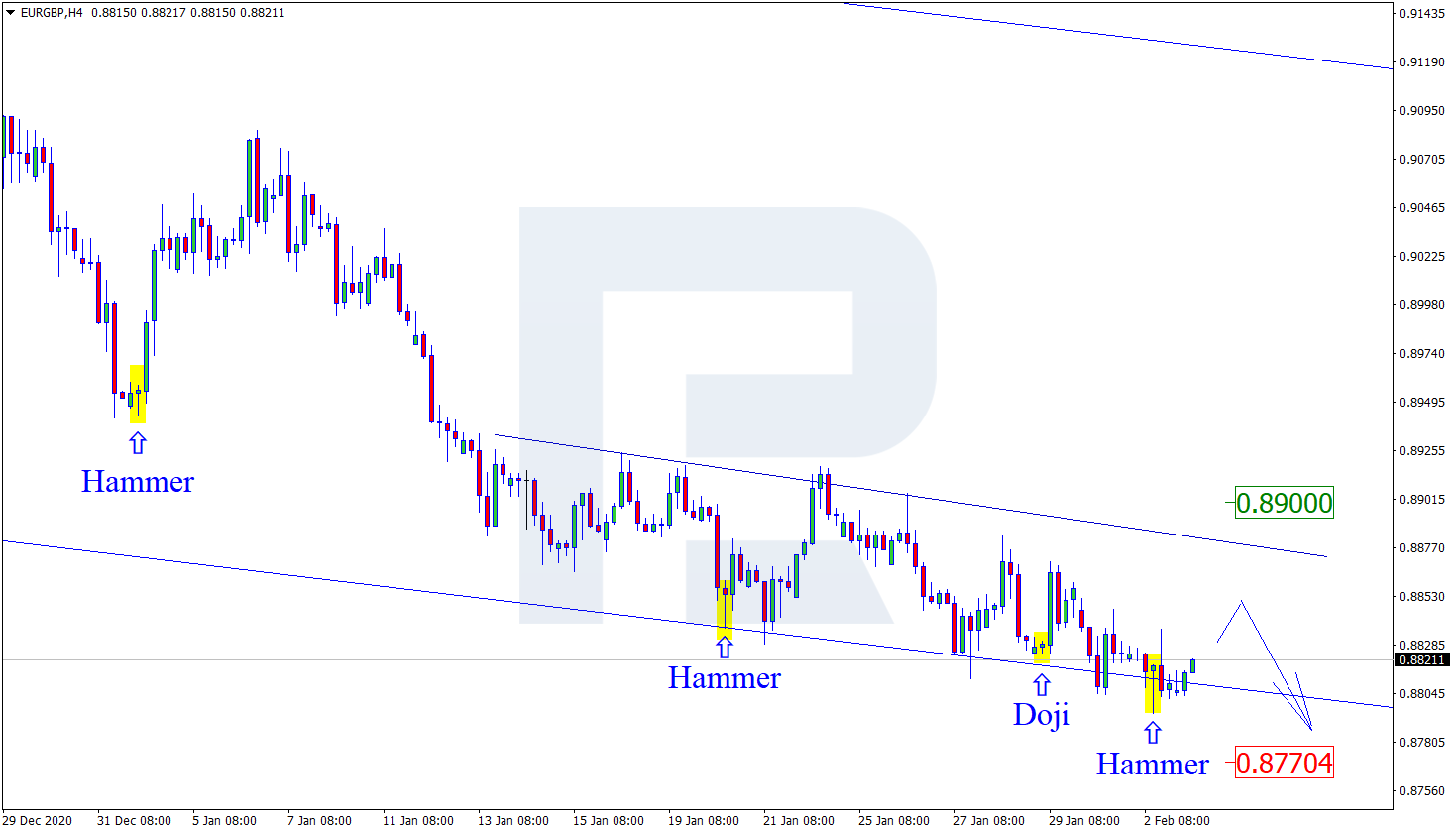