As we can see in the H4 chart, after rebounding from the support level, XAUUSD has reached its first target at 1750.00; right now, it is still moving upwards. At the moment, the pair may start a new correction to return to 1750.00 and then resume the ascending tendency. In this case, the upside target may be at 1777.00. 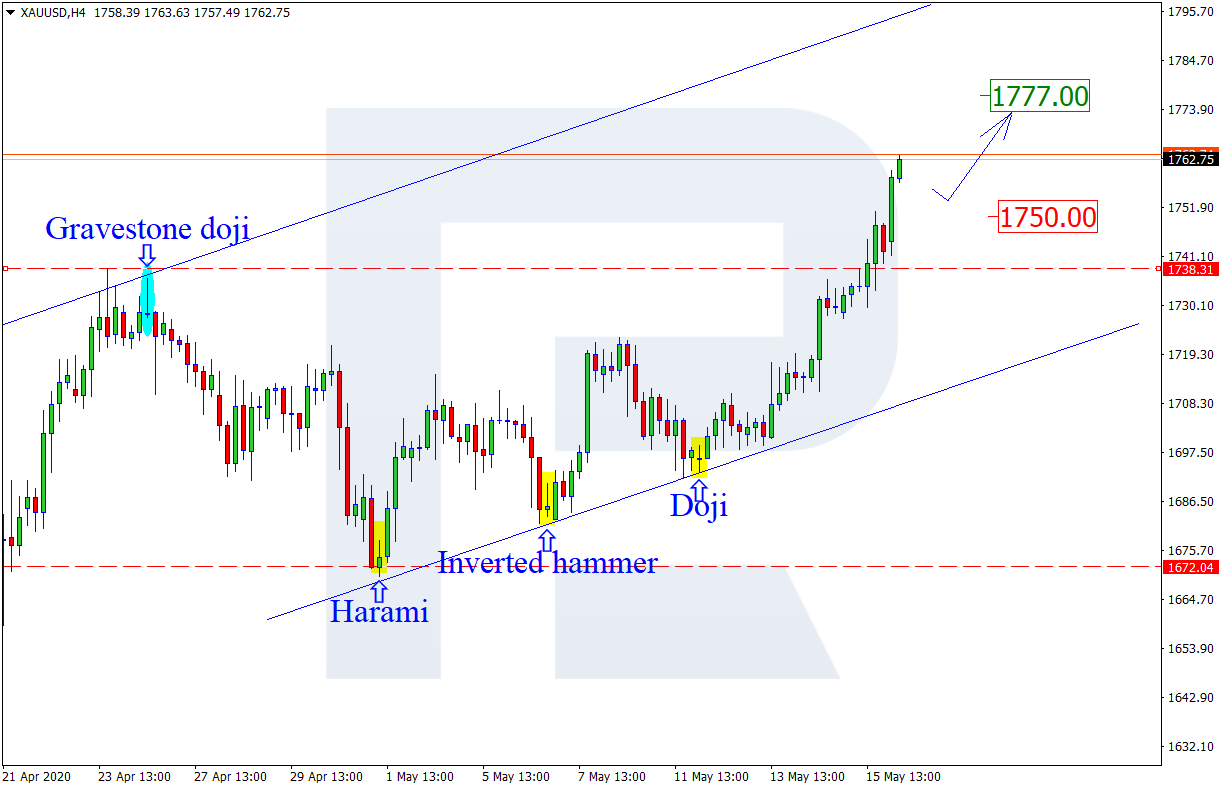 As we can see in the H4 chart, NZDUSD is testing another support level; it has already formed a Harami reversal pattern. At the moment, the pair is reversing. The current situation implies that the price may form a slight correction and then resume falling. In this case, the downside target may be at 0.5900. 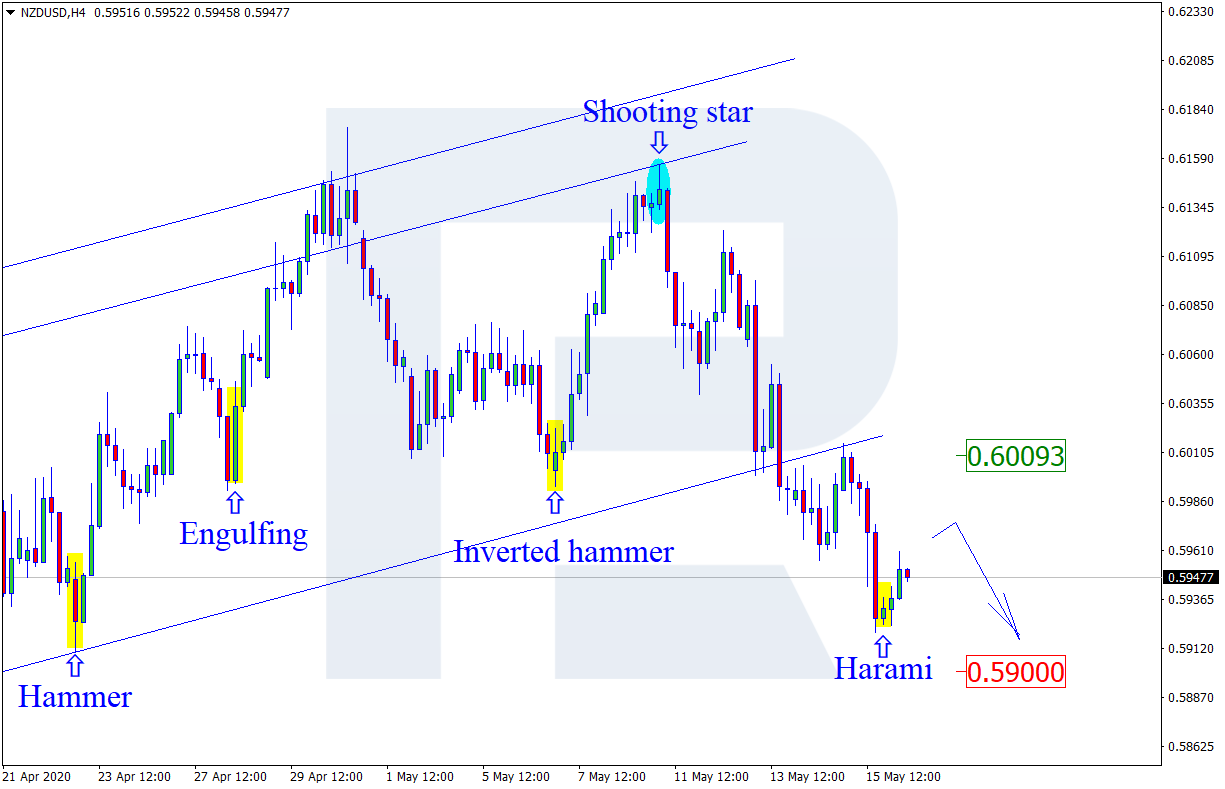 As we can see in the H4 chart, after forming a Hammer reversal pattern, GBPUSD is falling towards the next support area. At the moment, the pair is expected to reverse and form a slight correction, which may later be followed by a new descending impulse. In this case, the downside target may be at 1.2010. However, there is another scenario, which implies that the instrument may return to 1.2178. 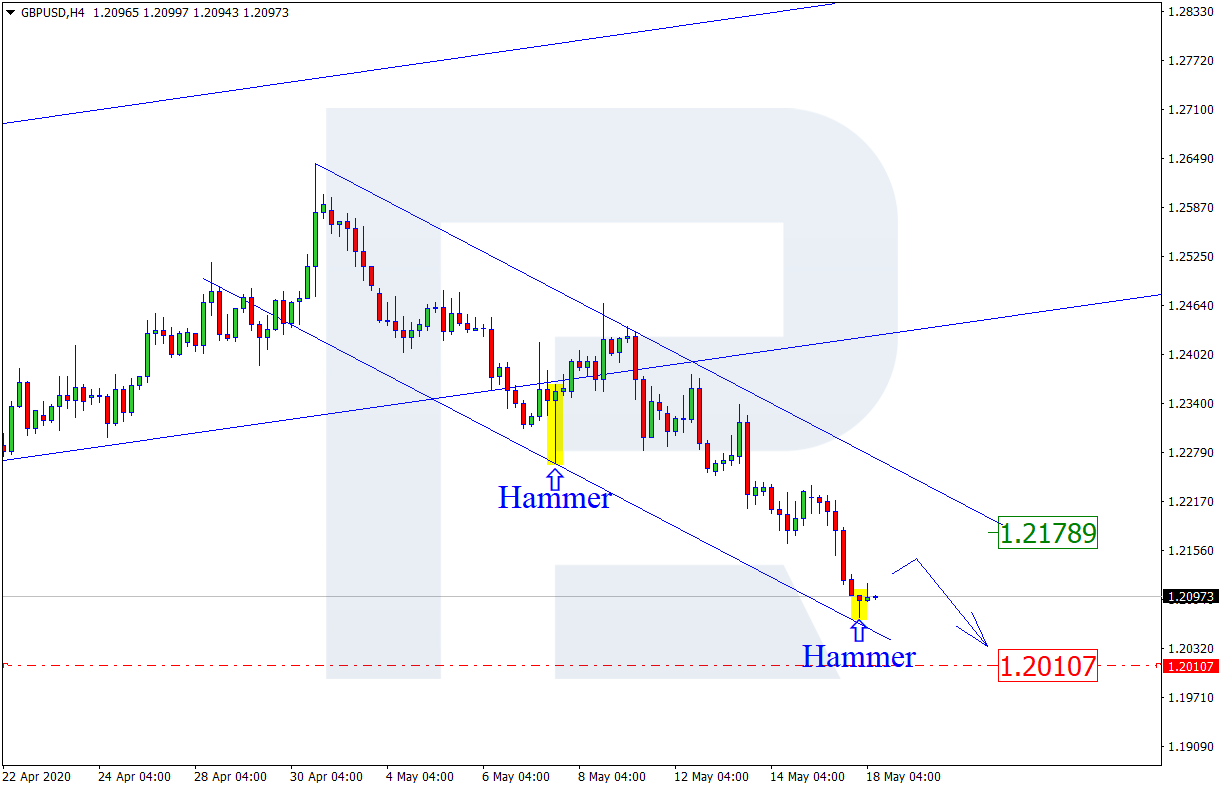