As we can see in the H4 chart, the descending tendency continues. By now, USDCAD has formed an Inverted Hammer pattern not far from the support level. However, the pair is not expected to reverse. Probably, the price may correct for a while and then resume falling towards 1.3865. Later, after testing it, the market may form a reversal pattern and rebound from the above-mentioned level. 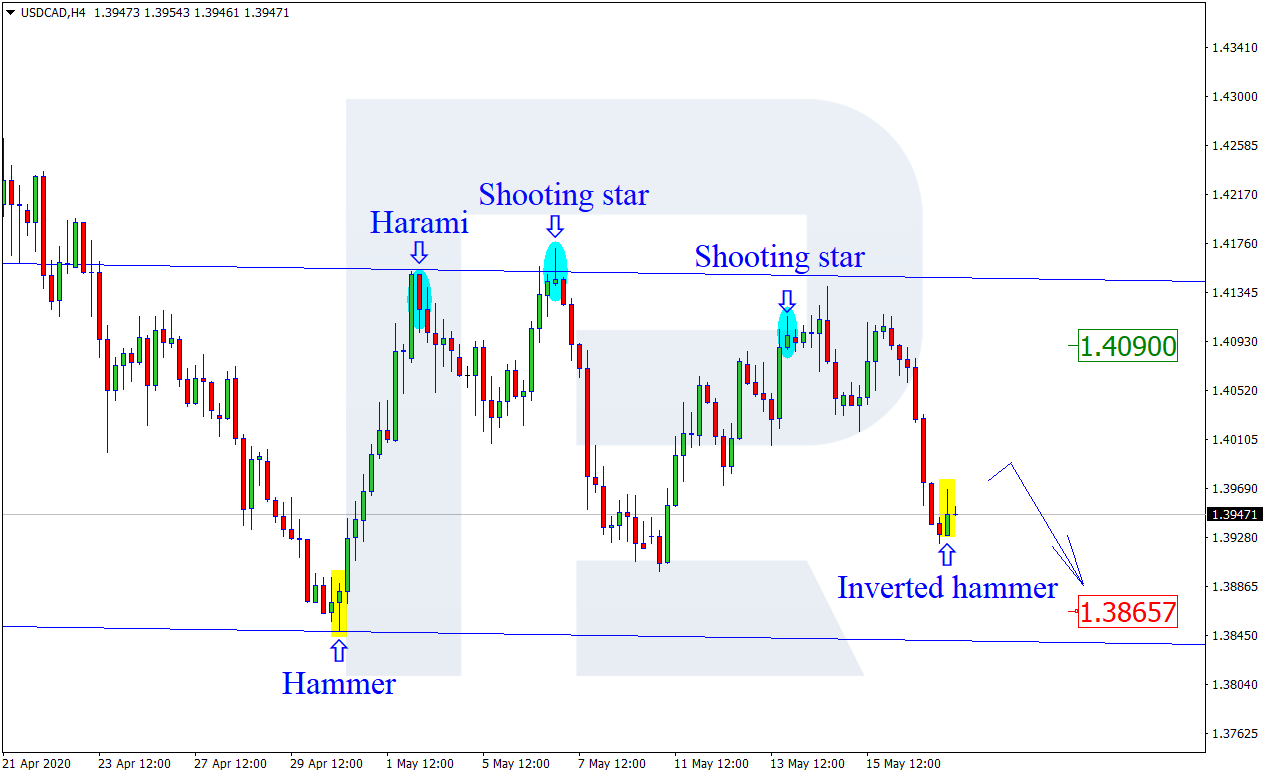 As we can see in the H4 chart, after returning to the resistance level, AUDUSD has formed a Hanging Man pattern. Later, the pair may reverse and rebound from this level. In this case, the downside target may be the support level at 0.6415. In case of further growth, the upside target may be at 0.6575. 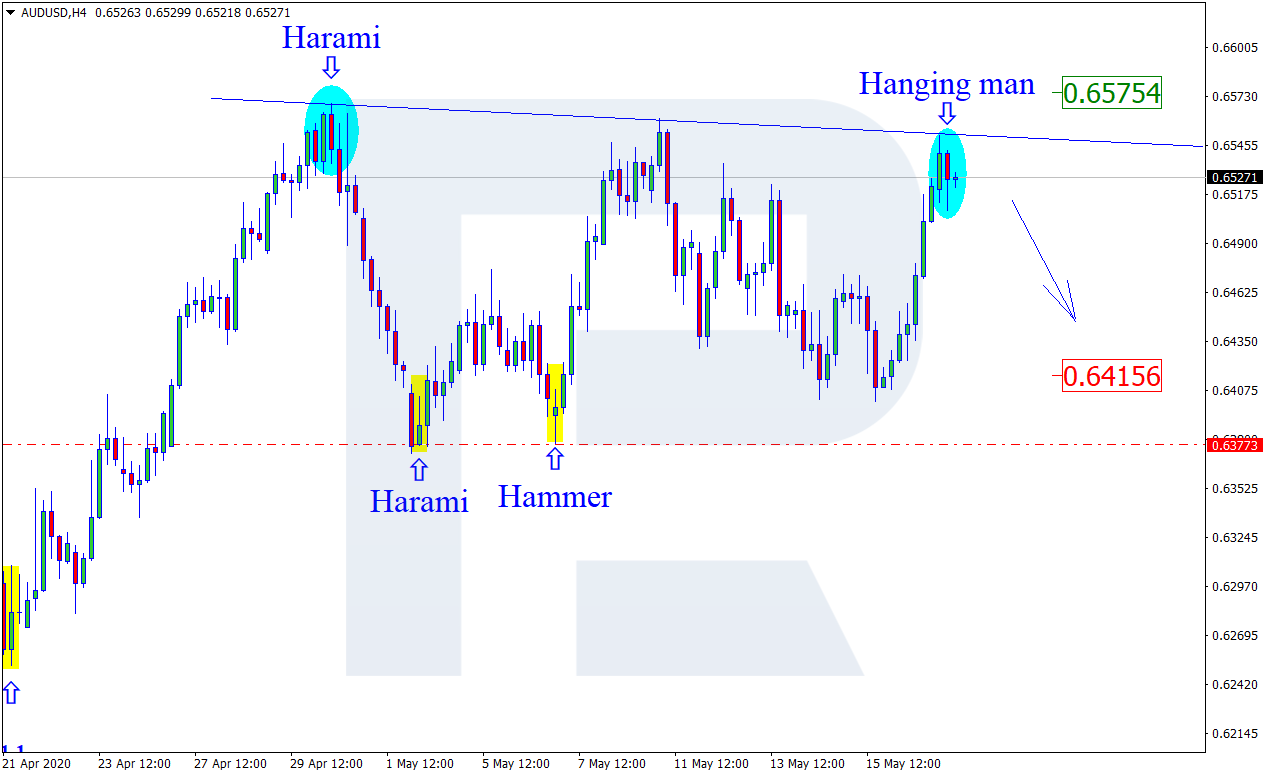 As we can see in the H4 chart, USDCHF continues trading sideways inside a horizontal channel. So far, there are no reversal patterns. The upside target remains at the resistance level at 0.9768. The downside may be the support level at 0.9677. 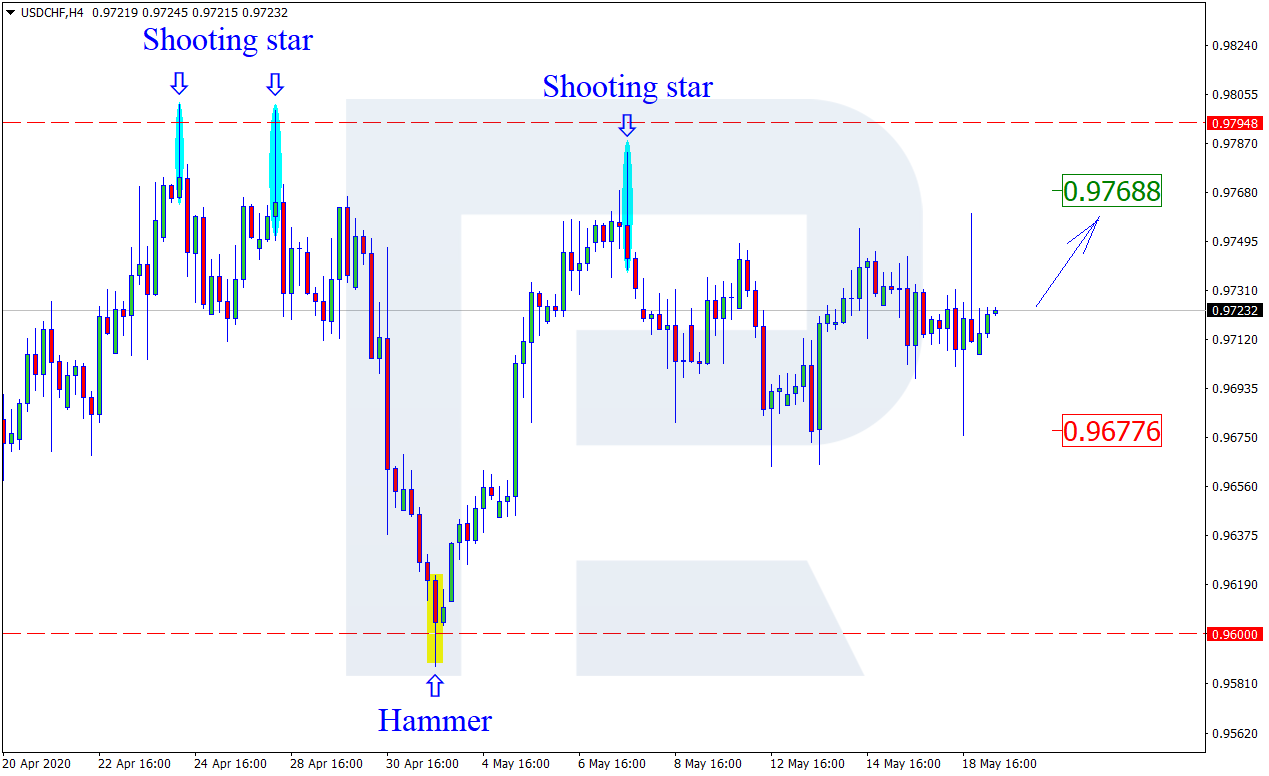