As we can see in the H4 chart, after testing the support level and forming several reversal patterns, such as Long-Legged Doji, Gold is reversing. After completing the correction, the pair may resume the ascending tendency with the target at 1750.00. At the same time, the instrument may choose an opposite scenario and form a pullback towards 1663.50. 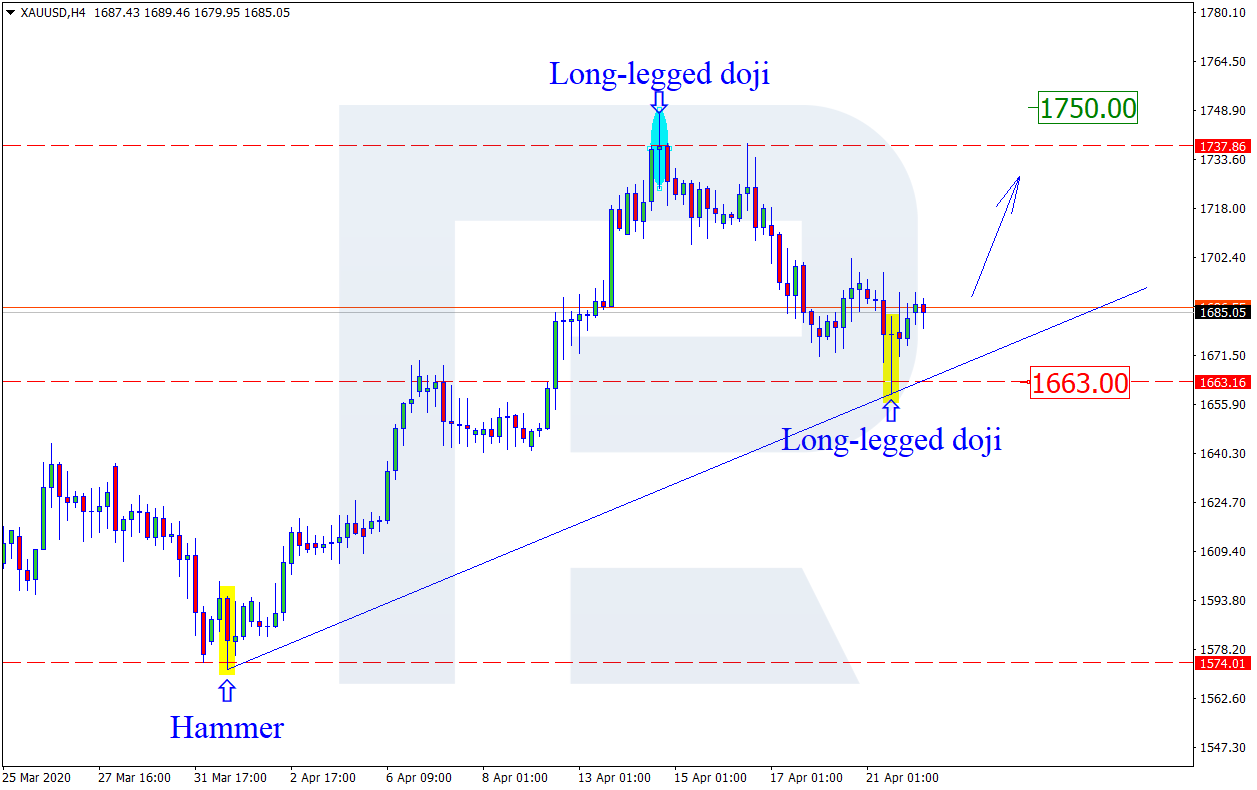 As we can see in the H4 chart, the price is still moving inside the rising channel. After finishing an Inverted Hammer pattern, NZDUSD is reversing. Possibly, the pair may later resume trading upwards to reach the upside target at 0.6092. Still, one shouldn’t exclude another scenario, which says that the instrument may fall and return to 0.5900. 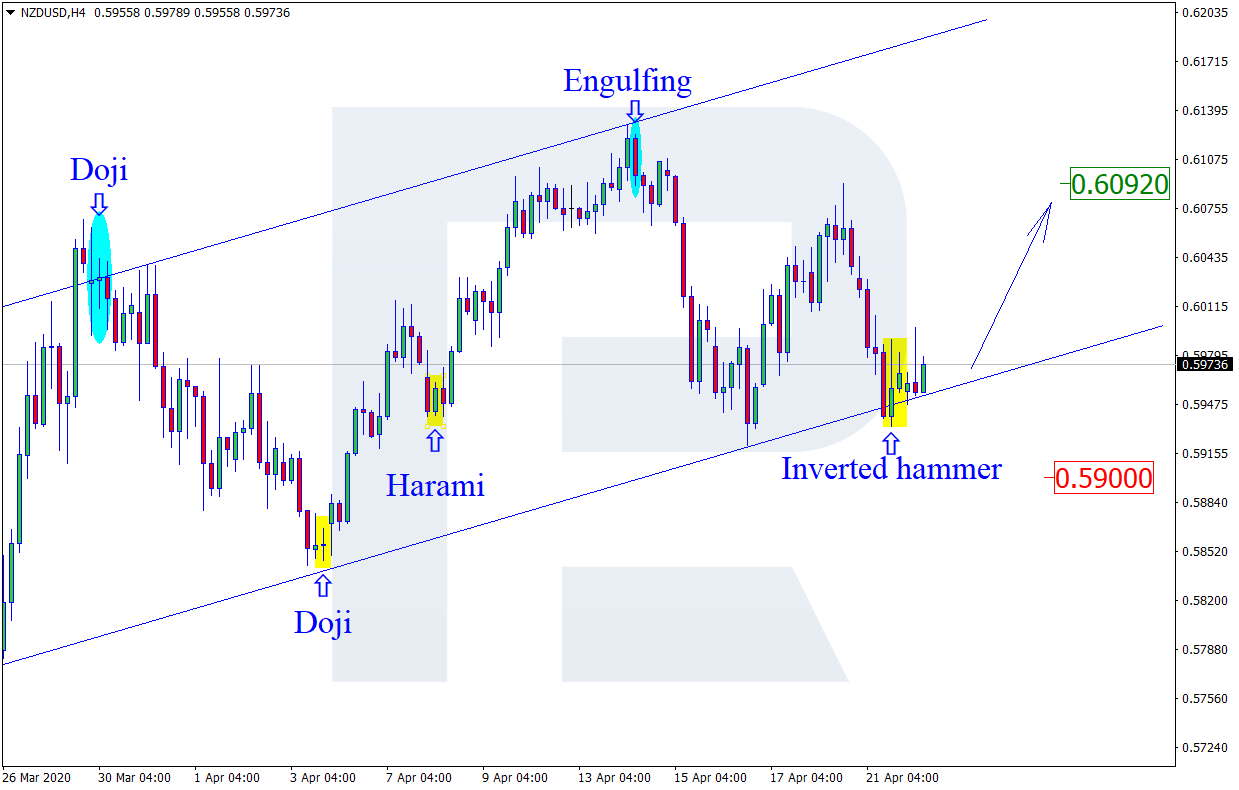 As we can see in the H4 chart, the pair is testing another support level, where it earlier formed several reversal patterns, such as Inverted Hammer. At the moment, the pair is reversing and may later resume growing with the target at 1.2440. However, there is another scenario, which implies that the instrument may fall towards 1.2222. 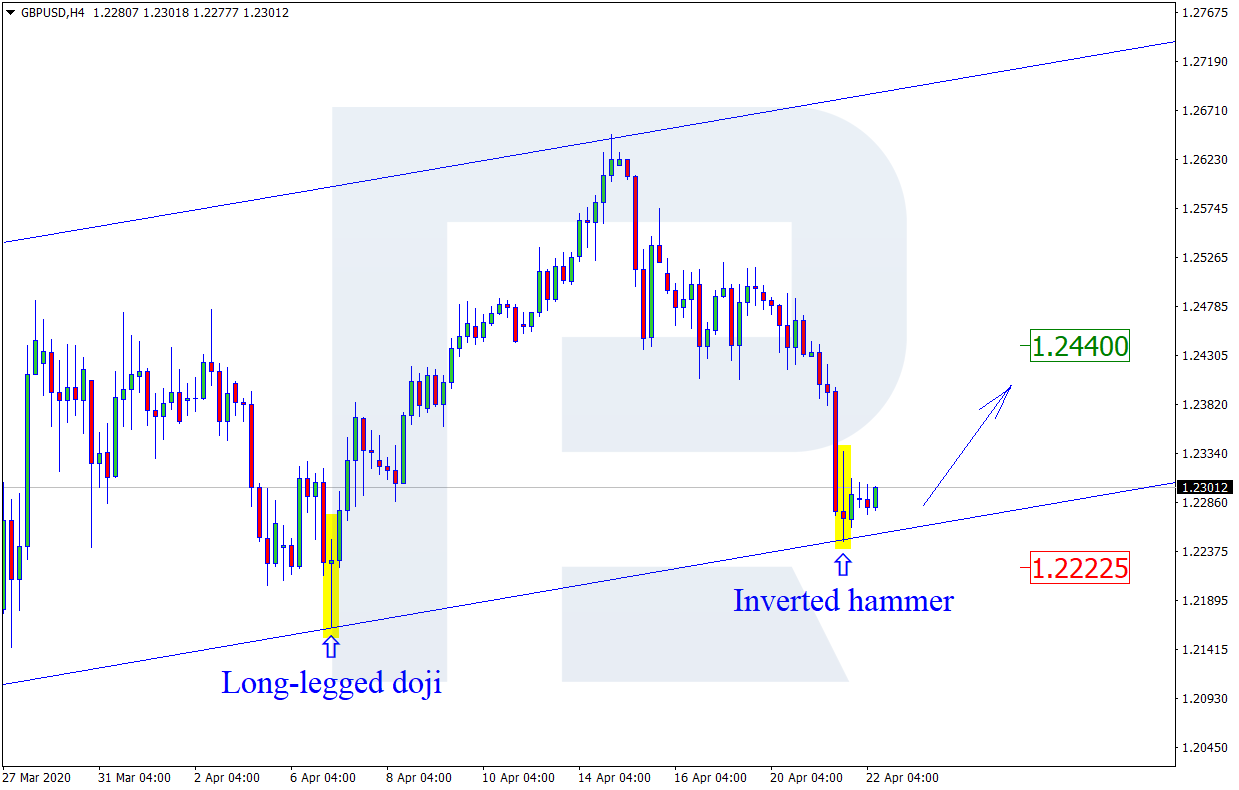