As we can see in the H4 chart, the pair continues falling; right now, the price is testing the support level where it has formed several reversal candlestick patterns, such as Hammer. At the moment, EURUSD is starting to reverse. We may assume that later the price may correct to reach 1.0950. However, one shouldn’t exclude a possibility that the price may continue falling towards 1.0530 without testing 1.0950. 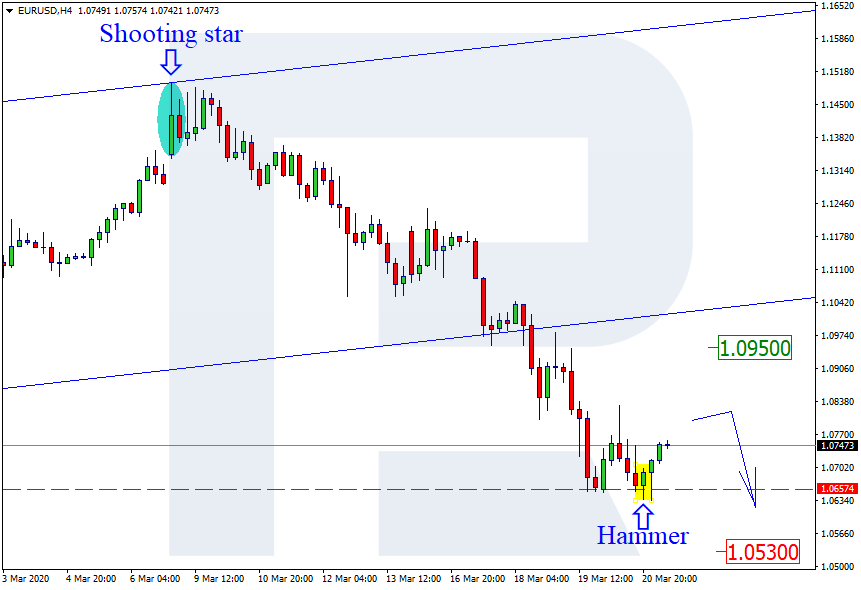 As we can see in the H4 chart, USDJPY is still recovering after the fall. By now, the pair has tested the resistance level again, where it has formed a Long-Legged Doji reversal pattern. Possibly, the price may reverse and reach 108.00. The current situation implies that after finishing the correction the price may grow towards the target at 113.60. 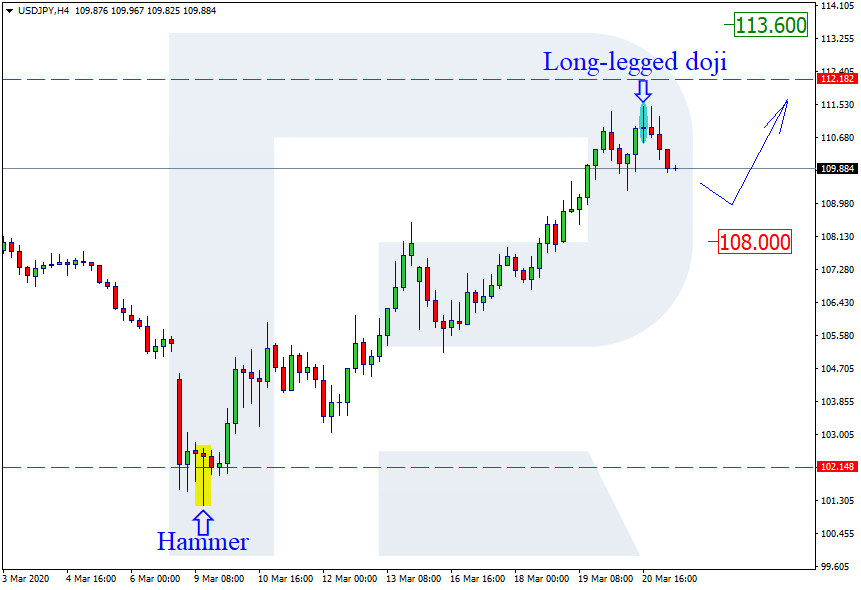 As we can see in the H4 chart, after updating the highs, EURGBP has formed several reversal patterns, such as Hanging Man and reversed. At the moment, we may assume that later the market may start a new growth towards 0.9490 and continue the ascending tendency. However, one shouldn’t exclude an opposite scenario, which implies that the instrument may continue the correction with the target at 0.9005. 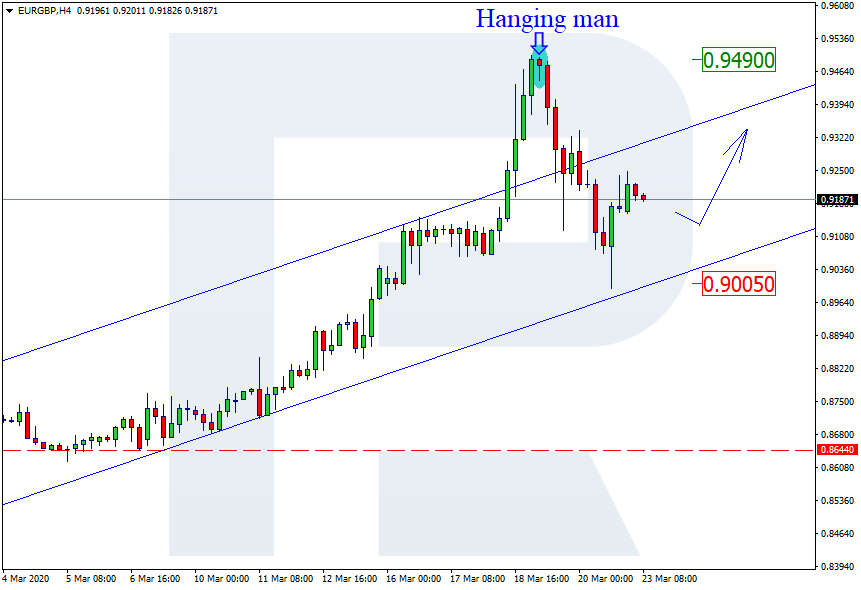