As we can see in the H4 chart, after forming several reversal patterns, including Harami, close to the rising channel’s downside border, XAUUSD is reversing. If later the price rebounds from the border, the uptrend may resume. In this case, the upside target may be at 1777.00. 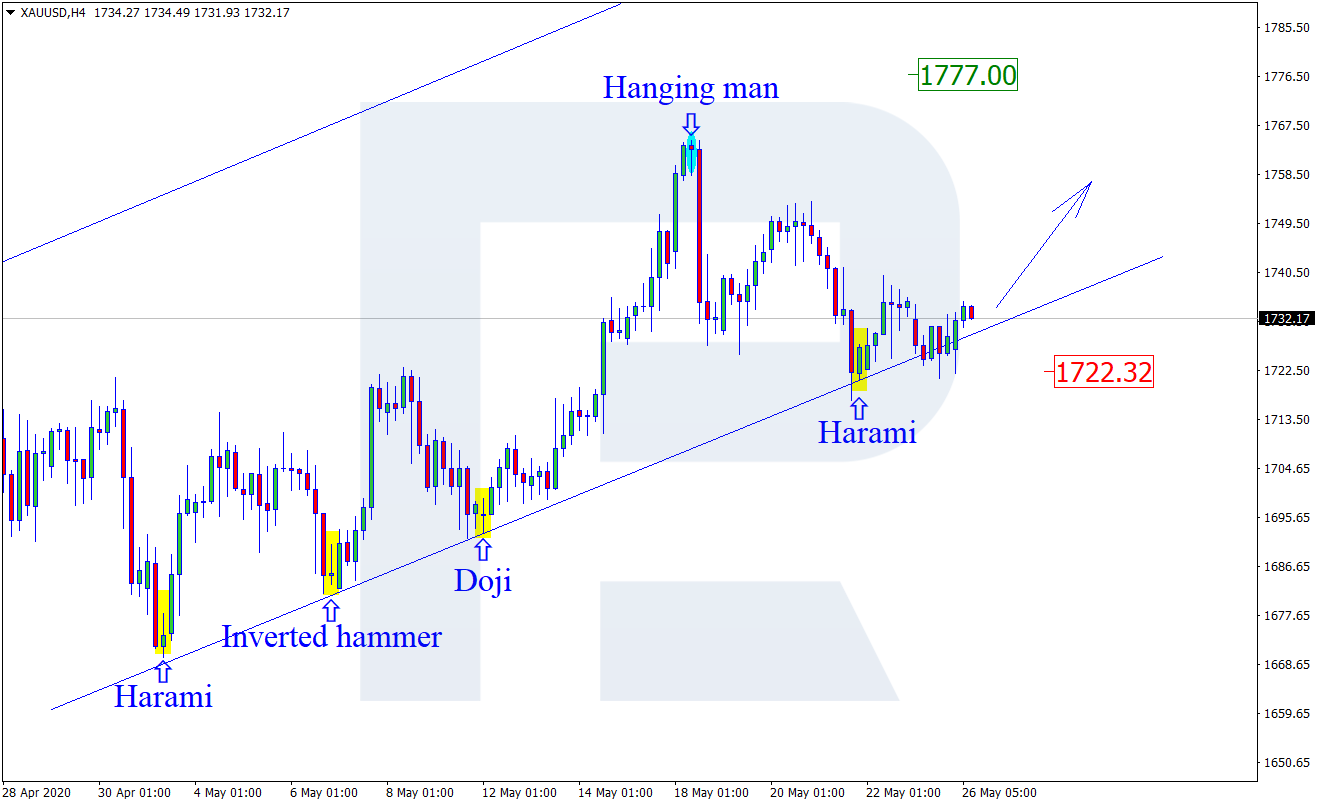 As we can see in the H4 chart, after finishing the correction and testing the rising channel’s downside border, NZDUSD has formed several reversal patterns not far from the support level and rebounded from it to the upside; right now, it is still moving upwards. The upside target remains at 0.6220. 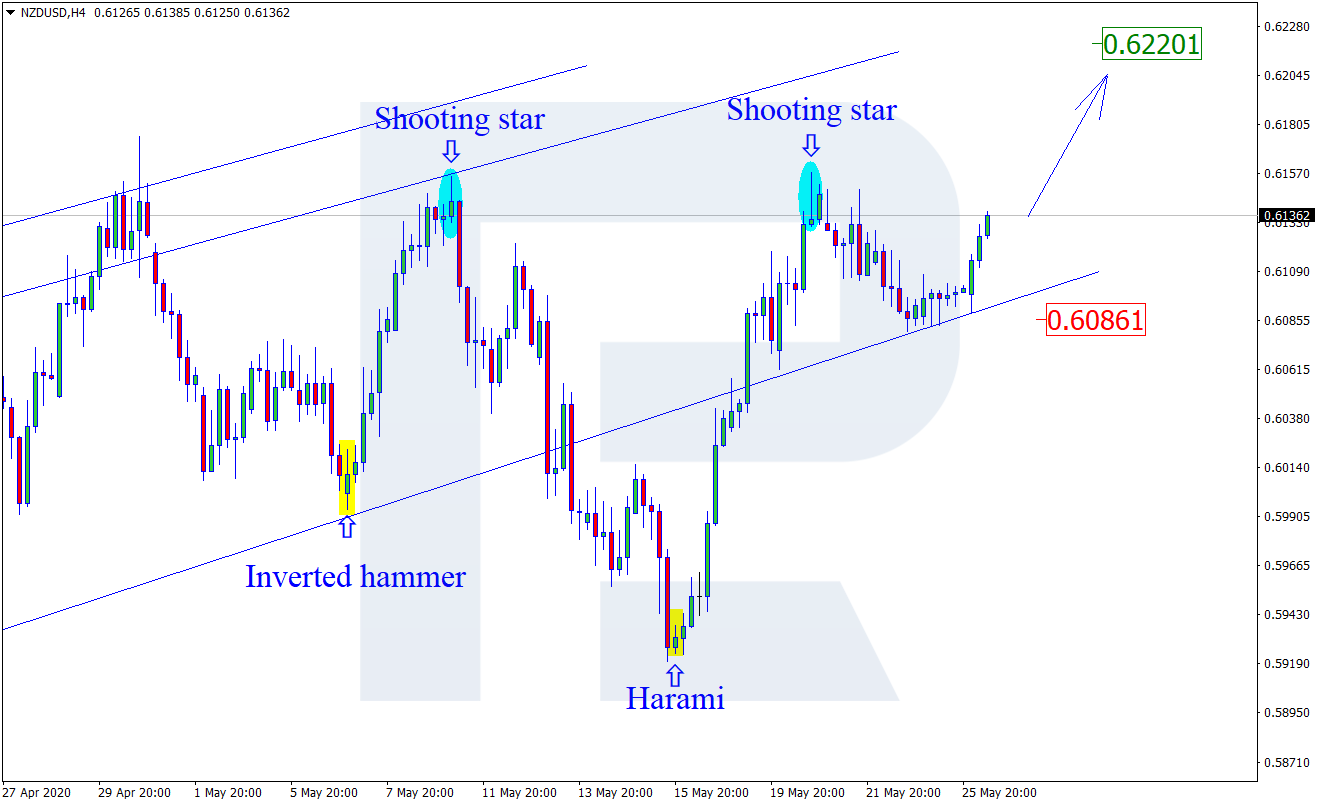 As we can see in the H4 chart, after rebounding from the support level, forming a Hammer pattern, and reversing, GBPUSD has finished another correction and completed several more reversal patterns; right now, it is still growing. The upside target is at 1.2358. However, there is another scenario, which implies that the instrument may fall to return to 1.2010. 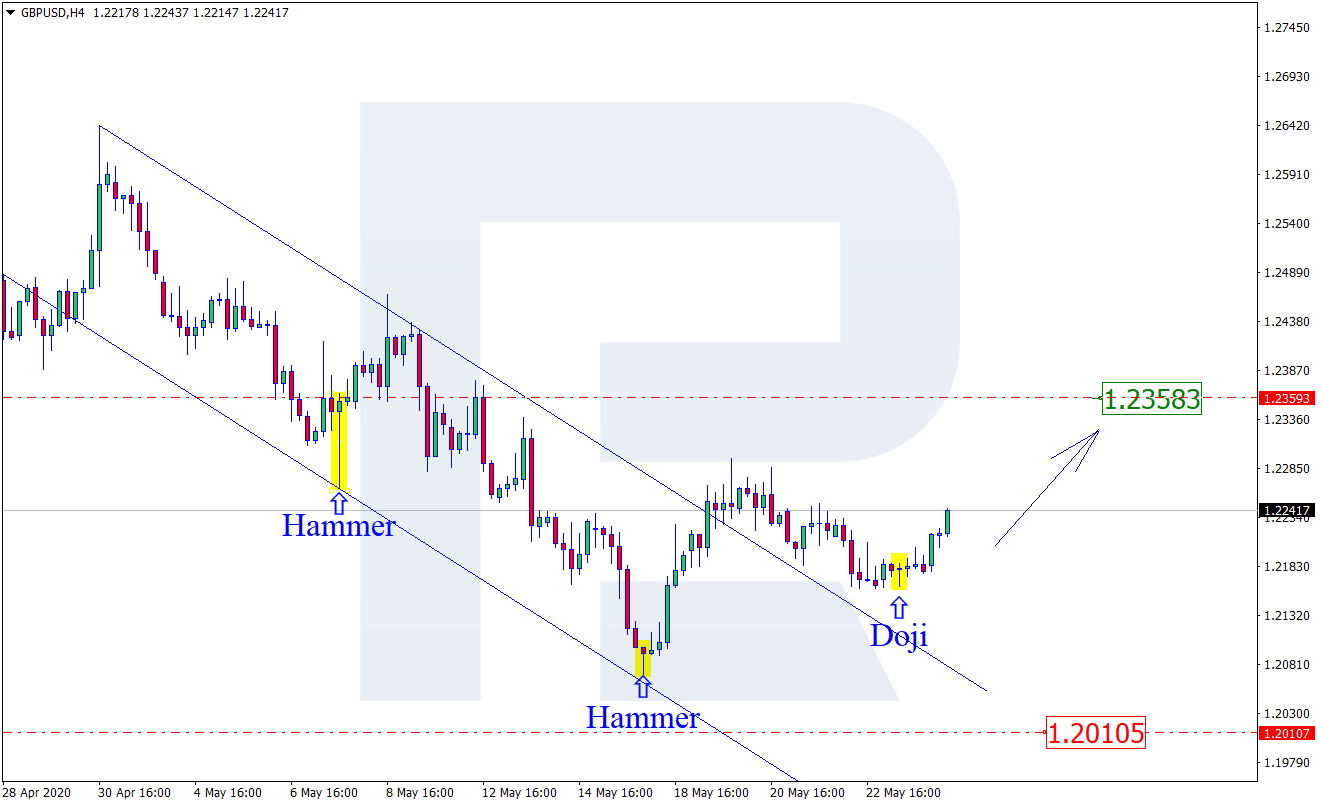