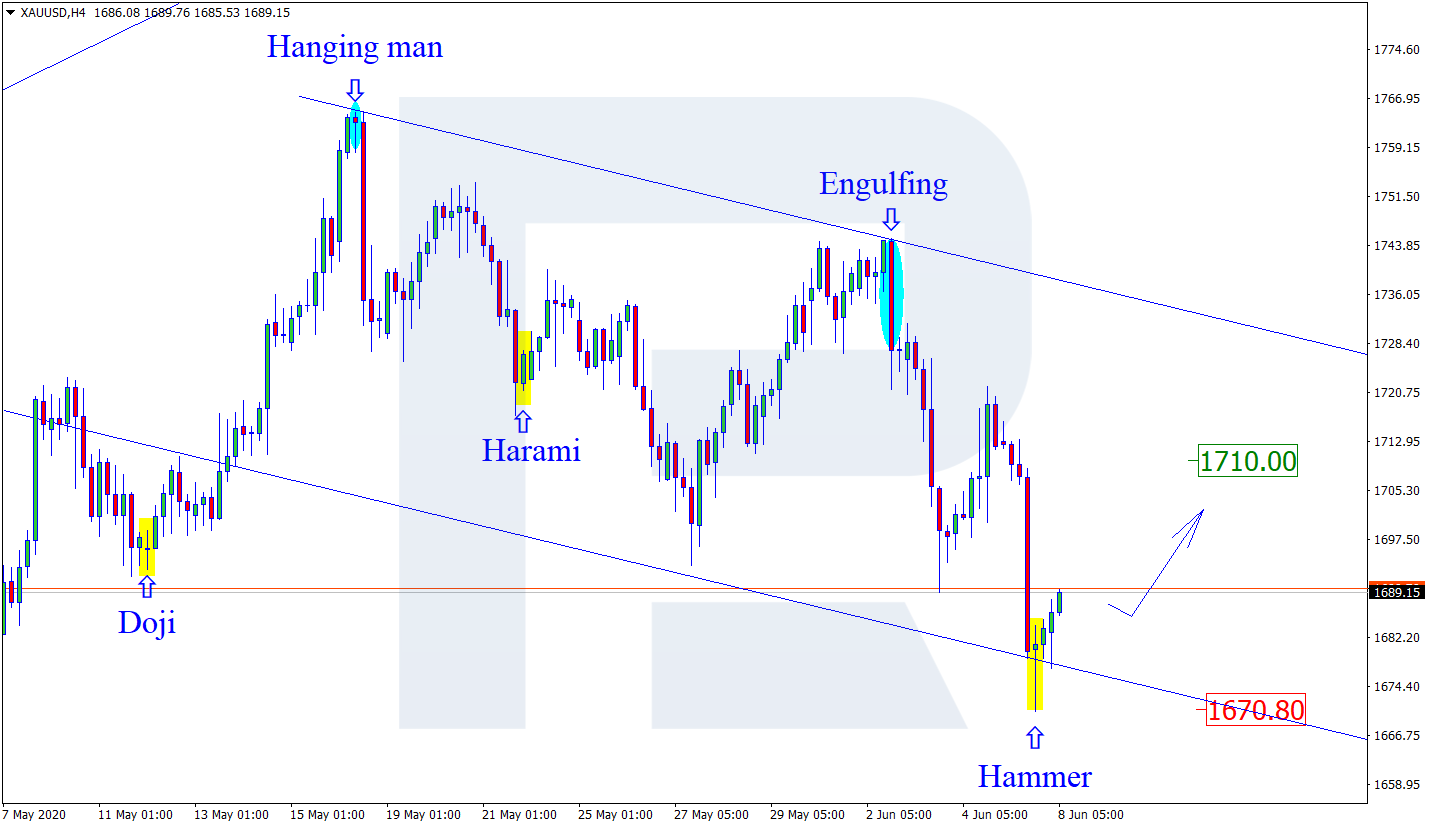 As we can see in the H4 chart, after changing the rising channel’s borders, NZDUSD is still moving upwards. By now, it has formed a Shooting Star pattern not far from the resistance level. Possibly, the pair may reverse and start a new correction to reach 0.6420. After this pullback, the instrument may resume the ascending tendency. In this case, the upside target may be at 0.6585. 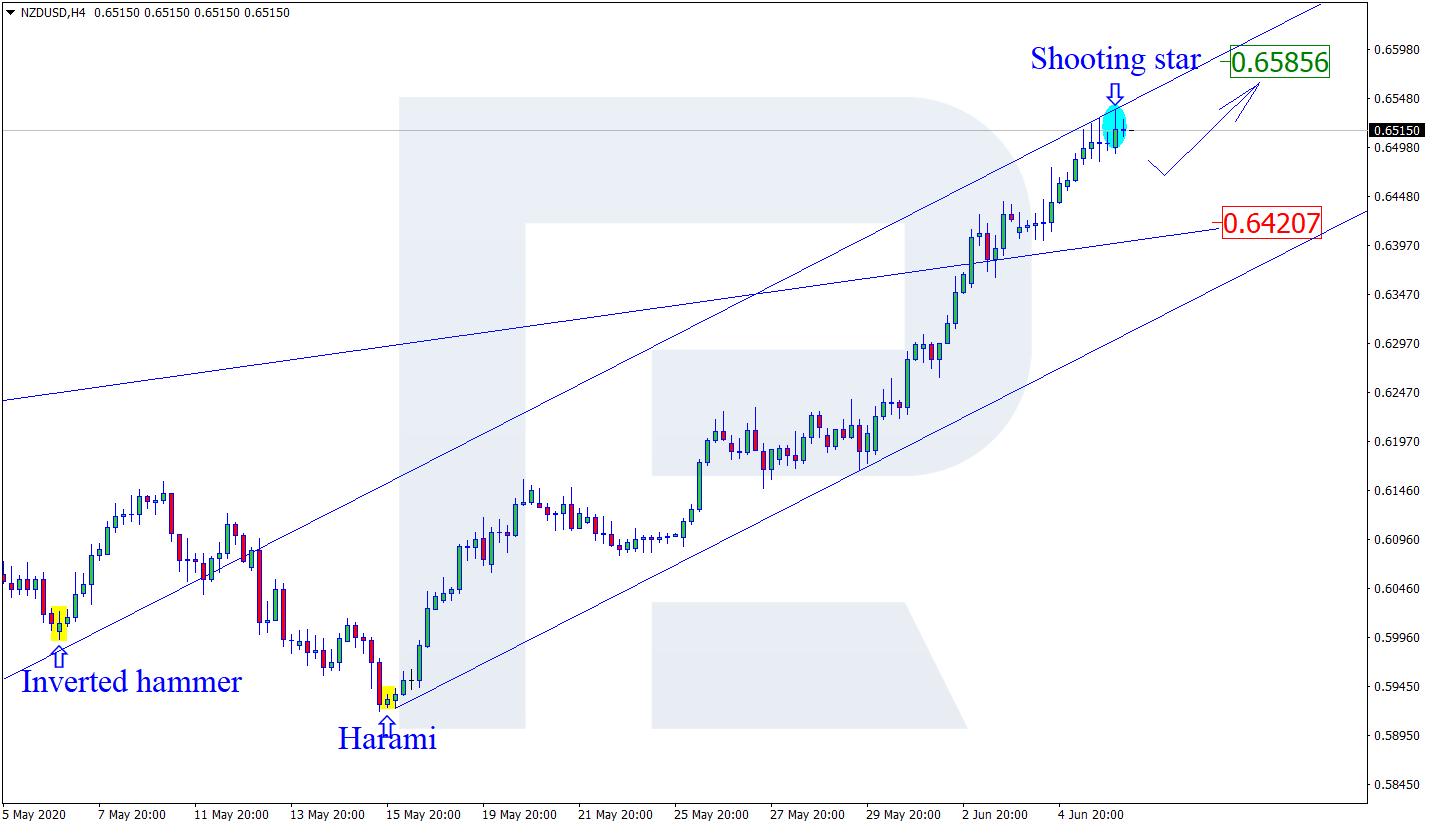 As we can see in the H4 chart, GBPUSD has formed a Shooting Star reversal pattern while testing the resistance level. At the moment, the pair is starting to reverse. After the correction, the upside target will be at 1.2800. However, there is another scenario, which implies that the instrument may fall to return to the support level at 1.2530. 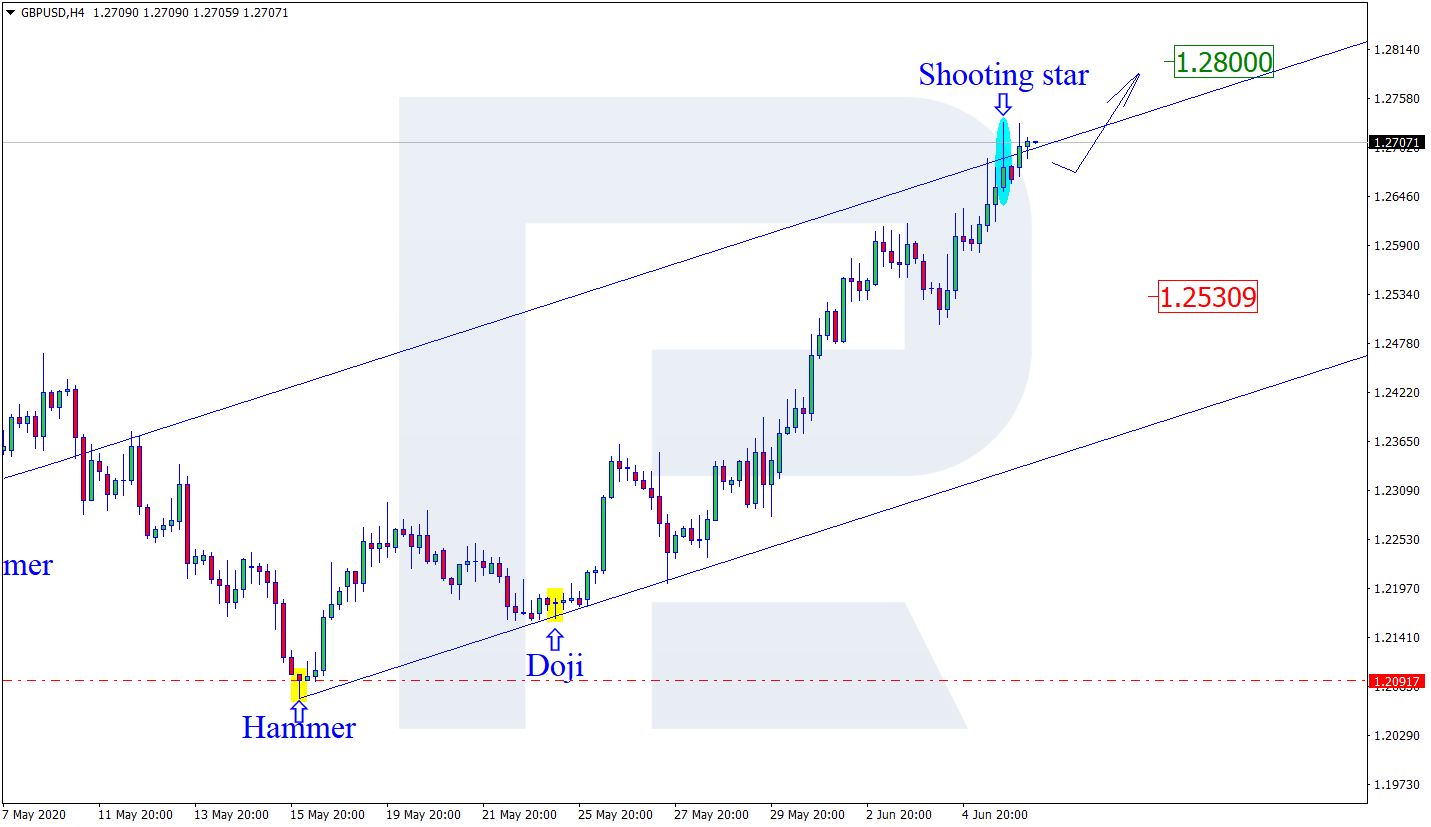