As we can see in the H4 chart, the sideways movement was followed by a slight growth. By now, the pair has finished several reversal patterns, including Doji. The current situation implies that USDCAD may continue reversing and then grow to reach 1.3111. However, we shouldn’t ignore an alternative scenario, according to which the instrument may fall towards 1.3033. 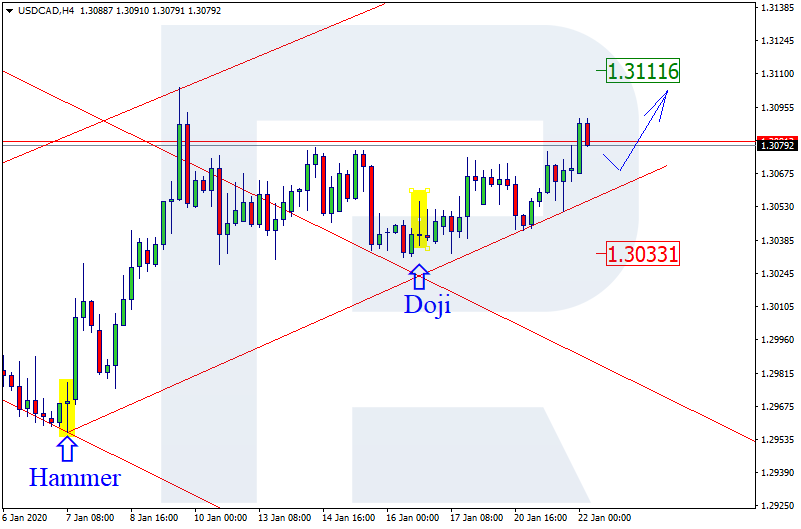 As we can see in the H4 chart, the pair has completed another decline: it has formed Harami reversal pattern not far from the support level. Right now, AUDUSD is starting to reverse; the upside target may be at 0.6922. However, we shouldn’t ignore an alternative scenario, which implies that the instrument may continue falling towards 0.6800. 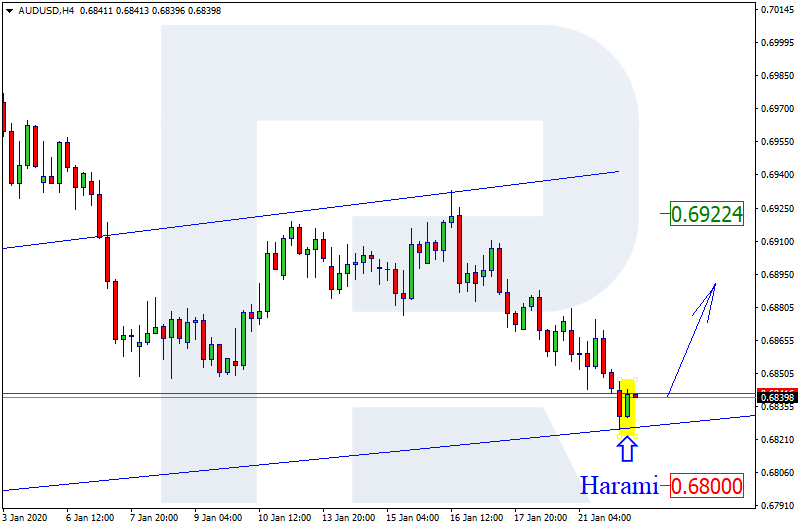