As we can see in the H4 chart, after updating its highs, USDCAD is still correcting; it has formed a Harami reversal pattern and right now is trying to reverse. In this case, the downside target is at 1.4290. The current situation implies that after testing the channel’s downside border the instrument may form a reversal pattern and then resume growing with the target at 1.4780. 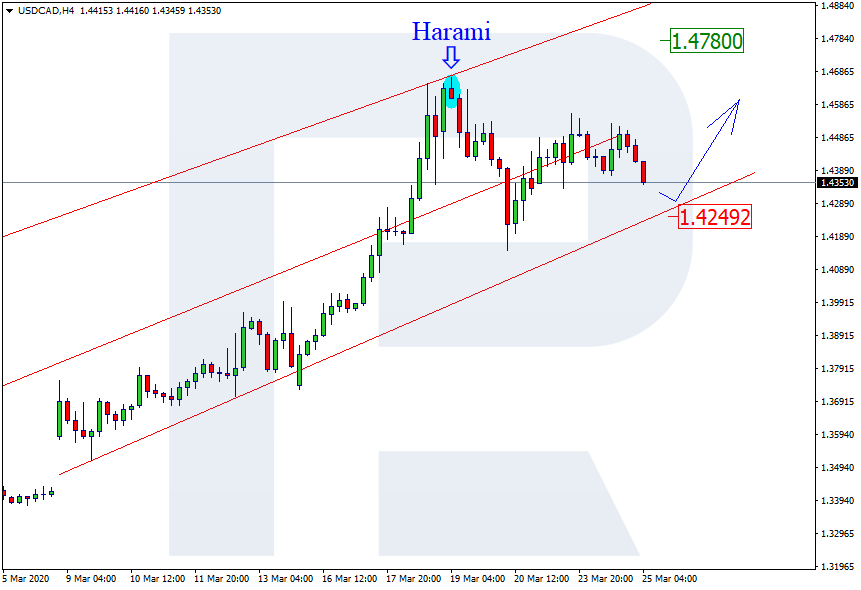 As we can see in the H4 chart, the pair continues the correction within the descending tendency. After completing a Hammer reversal pattern near the support level, AUDUSD is still reversing and testing the resistance level. Later, the price may complete the correction at 0.6077 and then resume trading upwards to reach 0.6270. Still, the instrument may choose a different scenario and continue falling towards 0.5752 or even 0.5520. 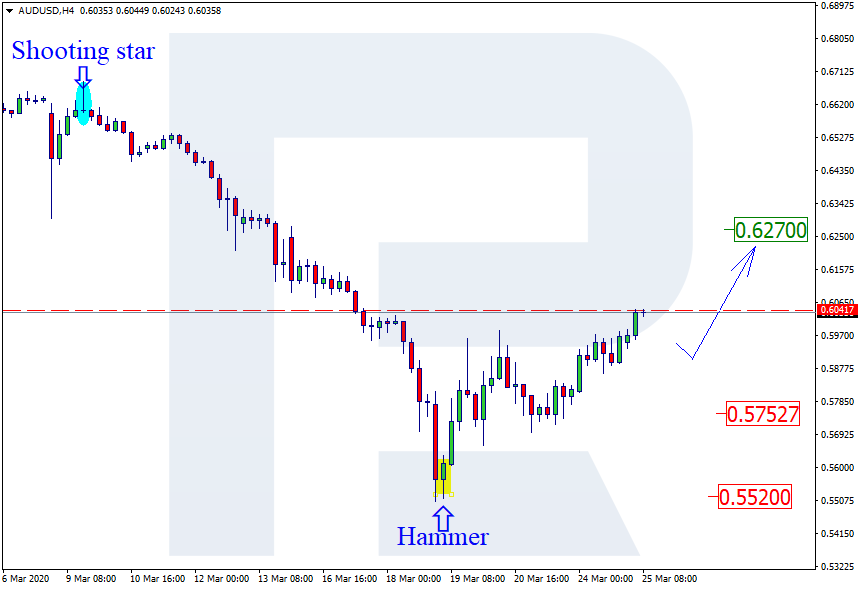 As we can see in the H4 chart, the pair is still forming a new ascending channel; by now, USDCHF has formed a Harami reversal pattern near the support level. The current situation suggests that the pair may reverse and then start a new growth with the target at 0.9950. However, one shouldn’t ignore another scenario, according to which the instrument may fall and return to 0.9739. 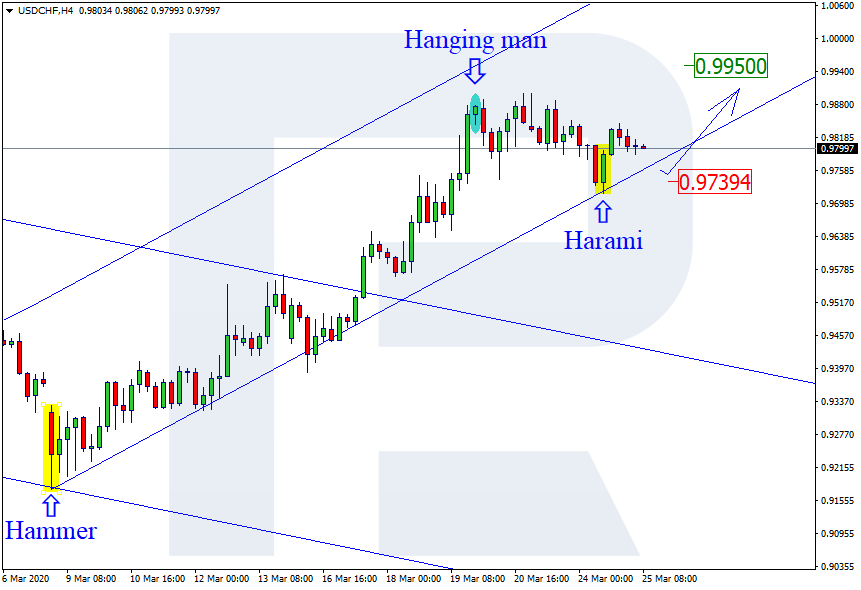