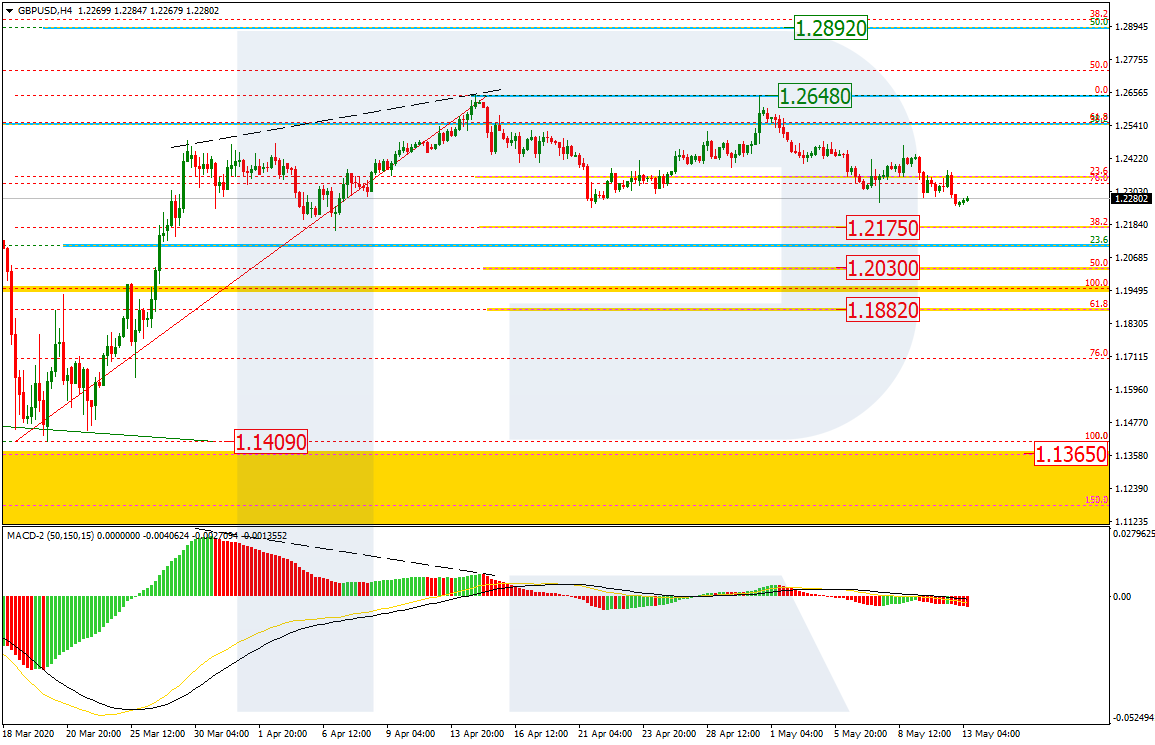 The H1 chart shows the current descending wave towards 38.2% fibo at 1.2175. At the same time, there might be convergence on MACD, which may indicate a possible pullback towards 23.6% fibo after the price reaches its target. 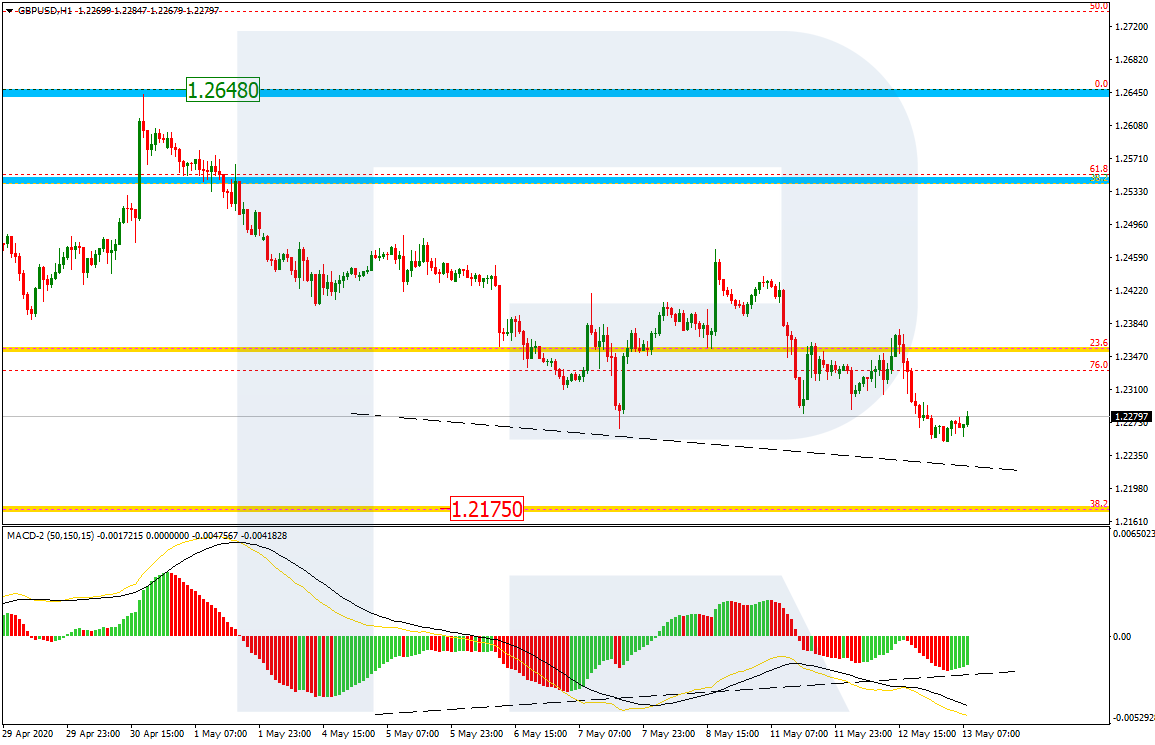 As we can see in the daily chart, after breaking the previous low, EURJPY has returned to it once again; this movement may be considered as an internal pullback within the descending wave but this pullback may transform into a correction in the form of the sideways channel. The local target of this pullback is 76.0% fibo at 117.54, which is the current resistance. The key downside targets remain inside the post-correctional extension area between 138.2% and 161.8% fibo at 113.20 and 111.55 respectively. 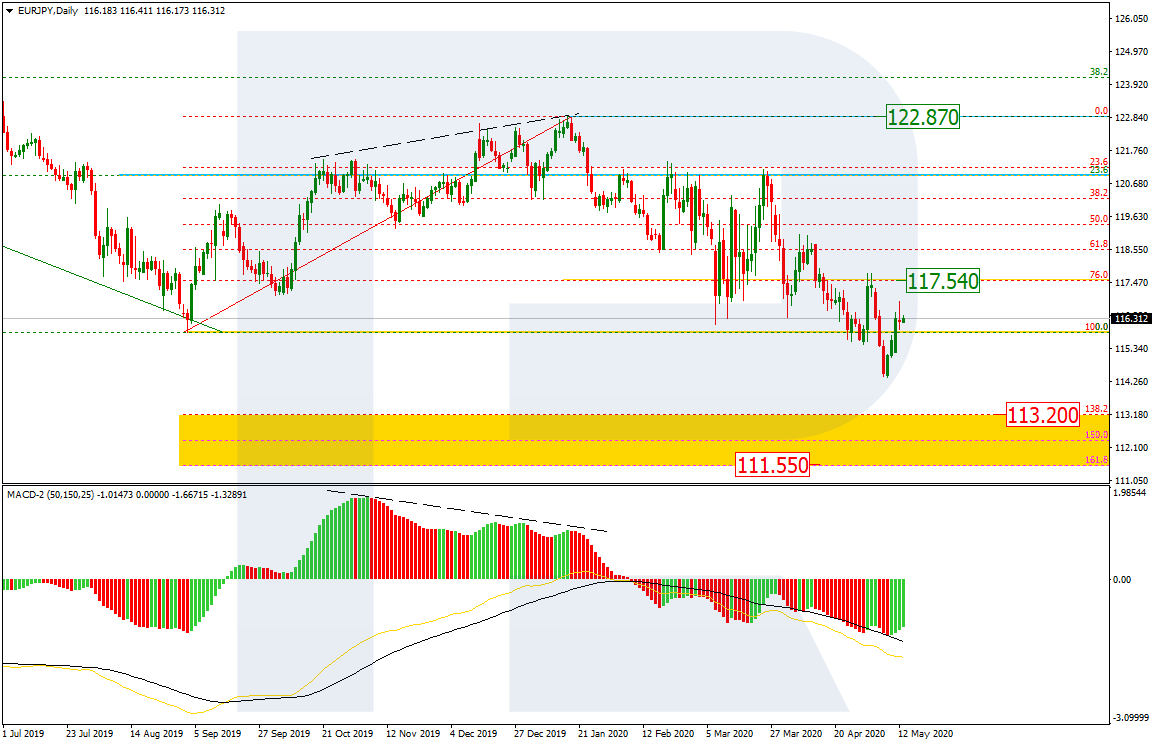 The H4 chart shows more detailed structure of the current pullback after the convergence. If the pair fails to reach the resistance at 117.54, the instrument may form a new descending impulse towards the post-correctional extension area between 138.2% and 161.8% fibo at 113.20 and 111.55 respectively. 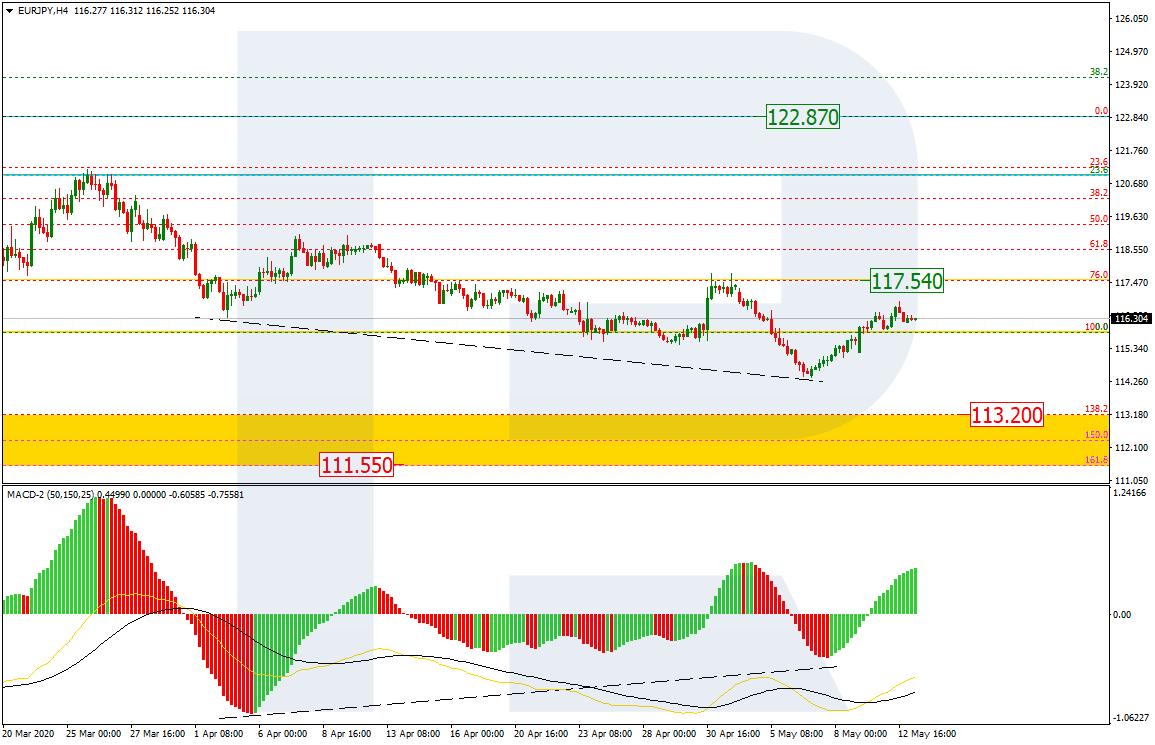